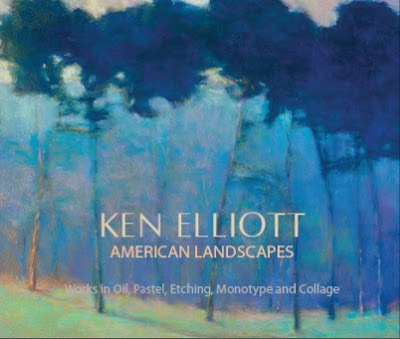 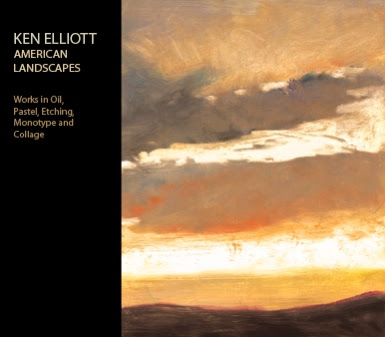 front and back covers
Preview / order the book here

After much more effort than I ever dreamed, I have today released a large format book of my works in oil, pastel, monotype, etching and collage.  It is a very high-quality hardback book, 11 x 12 3/4 inches, with 94 color pages of images from my last 19 years as an artist.

I haven't held anything back in compiling the best of my works. As a result, I've allowed this book to fill over 90 pages. Since it is a print on-demand book, my cost to produce each copy is just over $100.


The giclee image size is 11 1/2 x 11 1/2 inches with additional 2" white borders on heavy watercolor paper with deckled edges. You will pay Blurb publishing a small additional charge (about $10) to mail the book directly to you and the print ships from me at no extra charge to you.

Your $150 will get you this book and the giclee.  Note that this giclee with the same image size, limited edition and signed version is $300 on my website.

Very important: If you order the giclee print version, you must email me your complete confirmation note from Blurb and I'll ship out your print when the book leaves the printer (about two weeks or less).


If you choose to order this book without the print, Blurb will ship this book to you directly for $110. plus postage.

Since this is an on-demand book, I have the flexibility to send you a signed copy from my studio with or without the giclee print.  Also, I can highlight / feature a work of mine that you own or may wish to purchase into the book. You can have your own coffee table version just like I did.

If you are interested in a more personalized version of my book or have any questions, let me know by email and I'll quickly get back to you.

Blurb publishing has a wonderful preview of my book.  Note that the preview photos are fuzzy for security purposes, and not like the actual book.

I do hope you enjoy the book.  It has been quite the journey filling these pages.
Posted by Ken Elliott at 9:13 PM 5 comments: 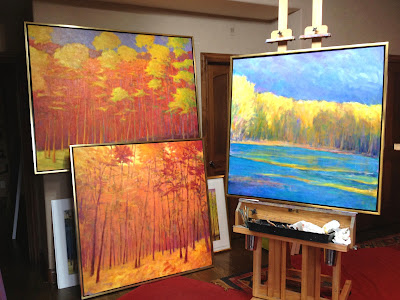 It's been tough to get into the studio lately, but I was able to revisit a couple of oils in the last couple of days and call them finished.  It always feels good to bring them to completion.  The upper left work, a 4' x 5' was already completed.  Lower left, 48 x 48 inches and on the easel, 40 x 40 inches.

I'm very happy with the the many colors woven in, the edges, complexity and the presence that each of these works have.  I may have mentioned before, but I like to see my works in the frames - even when they are in progress.  These float frames allow me to just tip them in and out anytime.

Email ThisBlogThis!Share to TwitterShare to FacebookShare to Pinterest
Labels: Denver, in the studio, Ken Elliott, oils

I want to pass on this very nice magazine piece for May 2012. Thank you SW Art Magazine and writer Gussie Fauntleroy for really 'getting it.'

There is paradox in Ken Elliott’s landscapes: They pulse with powerful color, and yet collectors speak of his paintings as exuding a sense of calm. They contain choreographed rhythm and order, even within the seeming disorder of winter trees along a creek. “I’m trying to give the paintings muscle, poetry, power, and gentleness. I’m screaming—but in a civilized way,” the artist jokes, speaking of his recent works in a two-artist show (with David Hettinger) opening May 5 and running through May 28 at Total Arts Gallery in Taos, NM.

Elliott’s offerings in the show include oils, pastels, and hand-colored etchings. (He also creates monotypes and collages.) They are vibrant, often large-scale images based on the natural world, in particular trees, creeks, lakes, and skies like those in the mountains not far from his Colorado home. Yet the artist’s intent is not to re-create what he sees. Instead, everything he does is designed to take his art “beyond making pictures,” as he puts it, adding, “What I’m trying to do is thrill myself.”

Elliott had ample opportunity to experience the thrill of extraordinary art before he began creating it himself. Just out of high school in Houston, he took a job at a high-end frame shop, where fine art from the city’s best galleries was coming through. A few years later he himself was a gallery director. By the time he began to teach himself to draw and paint, he notes, “the bar was set pretty high.”

This month’s show reveals the artist’s striking response to that bar. Although his landscapes are initially inspired by ideas, photos, or experiences in nature, as soon as he begins a piece, the original concept flies out the window, he says. Instead, he pushes color and pulls away details, winnowing each image to its essential, simplified state. In YELLOW WALL, for example, Elliott expresses his response to autumn aspens. “I kept stripping it down to yellow and verticals,” he explains. “It’s the effect of looking into that full yellow and being thrilled by it.”

ENVELOPED IN RED takes the process even further, as the painter indulges in the sensuous qualities of red paint. Although the image of trees contains many hues, each one is intentionally chosen to “make the red redder; everything is subservient to that,” the artist notes. Even the concept of trees is reduced to its core in the service of red. “These trees don’t exist in nature,” he acknowledges. “They’re what I want them to be. It’s more powerful that way.”

Elliott’s earliest landscapes included figures, but he quickly found himself painting them out. Any figure brought with it questions about an imagined narrative, he explains. This interfered with his primary interest in the landscape as a springboard for the art-making process itself. When he’s not creating art, Elliott gives much of his time to charitable causes, including volunteer hospice work and donating website services to nonprofit organizations. “It fills my cup,” he explains. “I’ve got to give something back.” —Gussie Fauntleroy

Featured in Southwest Art Magazine, May 2012.
Posted by Ken Elliott at 5:12 PM 2 comments: 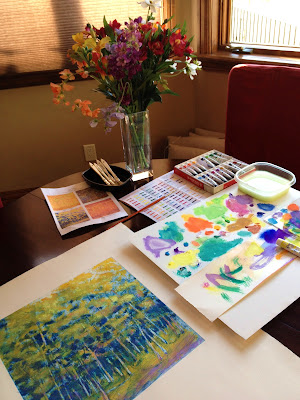 I'm hand-coloring a suite of 4 etchings here.
I know, I'm not roughing it for my art.
Matisse was big about having nice surroundings for making art.
So... I'm doing my best on a clear Easter day to celebrate life and joy.
You can see how this etching was printed here.
Posted by Ken Elliott at 7:31 PM 1 comment: 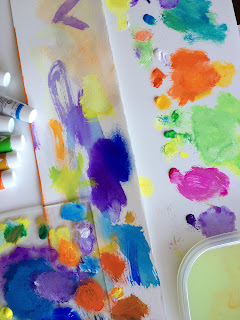 It's just like doing the Easter eggs.
I'm taking some time to hand-color with gouache my new etchings.
Happy Easter!
Posted by Ken Elliott at 11:36 AM No comments:

Announcing:  Making it Fine Art
a two-day workshop for this summer in Denver, Sat-Sun, July 21-22.

Ken is available for group Workshops in your area or individually.

In the workshop:
Ken will discuss strategies for creating better artworks with a variety of common and creative tools. The workshop will focus the strategies for making better paintings, going to new places in your work and how to make fine art.  Much attention will be given to improving your own artworks and career.

Ken will demonstrate painting using oil and pastel. He will discuss the idea of making strong starts and keeping the way open for more interesting and dramatic finishes.

In addition to making art works, Ken will talk about business and promotion, which are necessary to be a successful artist in the marketplace.

There will be serious discussions, laughs, and your questions.   We will all come away with new tools to take your art to the next level.

About Ken:
He comes from a background of working in the art gallery and ancillary art businesses for over 40 years.  As an artist for 25 of those years, he can speak to the business and creative aspects of being a professional artist.

Ken studied with Wolf Kahn for a month at the Santa Fe Art Institute Master Class program.  He came away with enough information for a lifetime.

People are saying:
A good time was had by all! Thank you!
Barbara, Workshop organizer and attendee

It was a great workshop, I highly recommend Kens workshops.
Scott

Posted by Ken Elliott at 9:05 AM No comments: 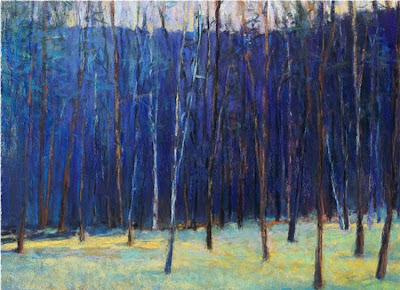 Posted by Ken Elliott at 8:40 AM No comments: