This is a portion of the 2017 article.
Read more of the article and view the videos of the sculptures in motion


ALEXANDER CALDER is famous for having made sculptures that move, but conservators and collectors are cautious about showing them that way. “Calder: Hypermobility,” a new exhibition at the Whitney Museum of American Art, is a rare chance to see several of his works as intended.

To bring them to life, several of the Whitney’s art handlers, who ordinarily work behind the scenes, have been cast into a new role as performers. At scheduled times during the run of the show, a handler will “activate” a sculpture in the gallery with the prod of a gloved finger or the poke of a wooden stick.

Alexander S. C. Rower, a grandson of Calder’s who is president of the Calder Foundation, has trained the crew members to activate the sculptures, a delicate procedure that is, the museum would like to emphasize, only for authorized museum professionals. I spoke to several of the “activators” about their work.

In motion, the sculptures show a different disposition.

“What I understood as the Calder mobile was sort of a passive thing,” said Rob Lomblad, one of the handlers.

“You’re actually holding something that has this almost spiritual quality to it,” said Tom Kotik, who has been working as a handler at the Whitney for two decades. “Blizzard (Roxbury Flurry)” is one of his favorites. “It does have this playful side to it,” he said, “but then again, you think about it in terms of the cold and the snow, and there’s almost a — I wouldn’t say grittiness, because snow is not gritty — but there’s a yin and a yang.”

Exhibition: Edgar Degas / About the Line

Some thoughts from the Degas show...
The Denver Art Museum is the only venue for this show and it is certainly worth the trip.

Edgar Degas, Passion for Perfection
Through May 20, 2018

While I was taking in this great exhibit, I began to notice the strength of Degas' lines and his use of darks to create more interesting works. He pushes those dark values to great effect.

A great artist like Degas is notable for many things and it is typically the color that receives all the  attention. These works have a lot of presence when viewed in person and part of that success is his use of accenting lines and darker notes.

Degas' work has so many great qualities, but for now, here is a selection of works from the exhibit along that theme.

Also note that many of these works were completed over a span of years. Even for the great Degas, he didn't create the best possible artwork straight through every time.
Ken 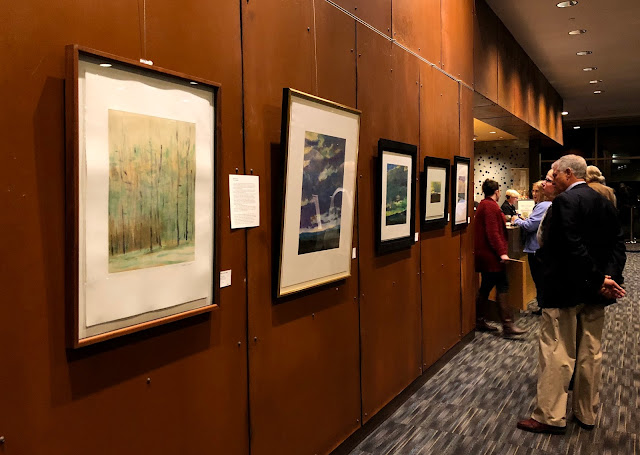 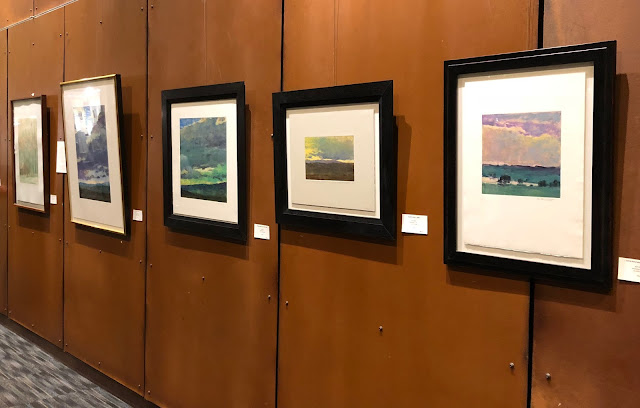 It's a great honor to be in this show with other remarkable artists. I have 5 monotypes in the exhibit and they look great on the PACE Center steel walls.

Perhaps you can take a look and tour the incredible public space for the arts that has been created in Parker, CO.

Here are the details:

The exhibit was curated by Rose Fredrick, Denver.
Posted by Ken Elliott at 2:03 PM No comments: