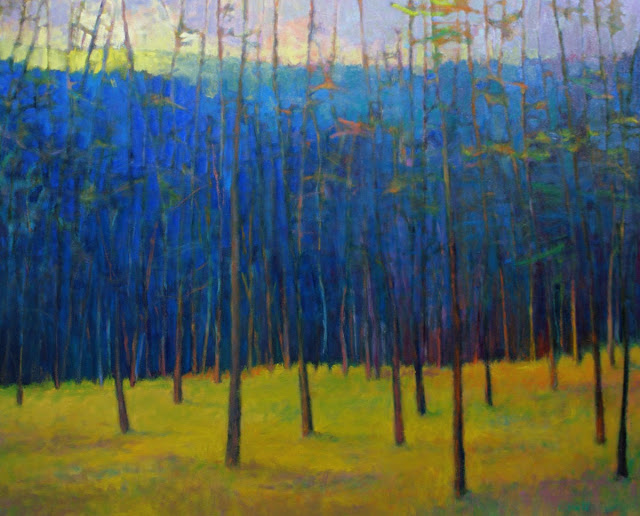 I am always grateful to the many people that are involved in placing my work into public collections...

Thank you!
Posted by Ken Elliott at 3:42 PM No comments: 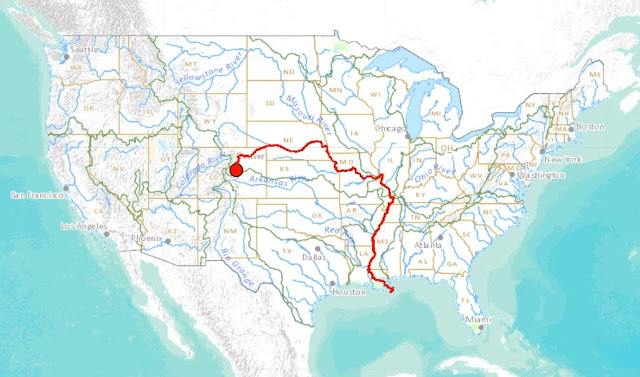 This photo traces Plum Creek near my home. That little stream flows all the way to New Orleans to get a jazz fix! So take a break and check this out - it's art, it's science and for those with inquiring minds.

The National Atlas Streamer Map
...something fascinating I saw posted at Fast Company Design web, and quoting from their site:

"Streams, like houses on city blocks, have addresses. They don’t have numbers, but the places they live are meticulously catalogued by the Department of the Interior. Their new interactive map Streamer is like Google Maps for creeks--click on any stream in the U.S. and make your way upstream to track its origin, downstream to discover where it deposits, or anywhere in between on its winding way.

The online exploration tool “allows people to learn a little bit about waters and outlets, and visualize the classic, ‘Drop a stick in a stream and see where it goes,’ idea,” says Jay Donnelly, editor of the National Atlas of the United States.

It took the National Atlas team 20 years to create the complete dataset of hydrology. The map makes clear two astounding feats of the country’s network of streams: The first, and more obvious, is the reminder that there’s an incredible amount of water flowing around us. The second is that streams travel extremely long and unpredictable distances. “I might think, based on my knowledge and geography, that when you are just a little bit outside Chicago everything is draining to Lake Michigan," Donnelly tells Co.Design, "when it actually drains into the Gulf of Mexico.” To wit, a huge swath of the map turns red when you visualize the tributaries in total pouring into the Mississippi River.

Donnelly envisions strengthening the map as it becomes a product of community input, building further topographical intelligence from feedback. “When MapQuest was built and introduced, it was very useful for going from point A to point B,” he says. “That was only the starting point. People wanted to add their own information. I think that’s where we’re at with Streamer.”

Click on a stream to trace it. View a summary of trace results in a pop-up window by hovering over the trace origin marker, a red circle. Click Clear Map to clear your trace and start over.

Click Trace Report to create a Summary Report or Detailed Report for your selected trace. Reports pop up as a new web page. 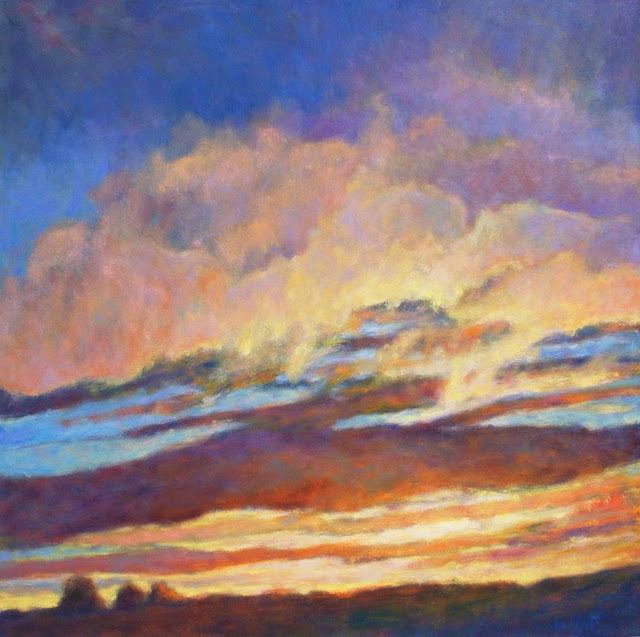 This is an oil that I started when teaching the art class at the Madden Museum with Casey Klahn this summer. I'm very happy with the layering of the color and the variations of color and brightness. This work was 'good enough' a number of times, but I continued to take it further. I would be convinced it was done after a painting session and the next day it just didn't thrill. After a few more days of large and small moves, it continued to please and it was declared finished.

It was one of those paintings I could continue to tinker with but it took it as far as I want it to go. I'll use this oil as a launch for a much larger version. I always learn with every canvas and I'm looking forward to seeing where this composition takes me next.
Posted by Ken Elliott at 9:27 PM No comments: